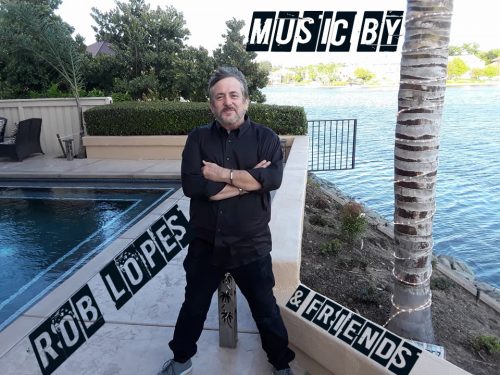 Rob Lopes is a Producer/Engineer/Musician who has worked with many artists around the globe over the years. From his early days in the 70s as a lead guitarist in groups such as Rain, Avalon and Coaltrain (a Doobie Bros sideband) and subsequently in the early 80s as a producer/electronic engineer and one of the pioneers of computerized music for television and radio. More recently Rob has worked and performed with friends around the bay area and in Europe including Polo Jones, Gregg Kofi Brown, Alan Glass, Bridget Marie, etc. Rob Lopes & Friends live performance is a mix of Old School R&B/Soul, Funk Rock and Pop hits which will get people on the dance floor.

Above, are “live” mp3 samples of Rob’s “guitar/bass/drums trio”, though Rob generally incorporates keyboards also in his club band.