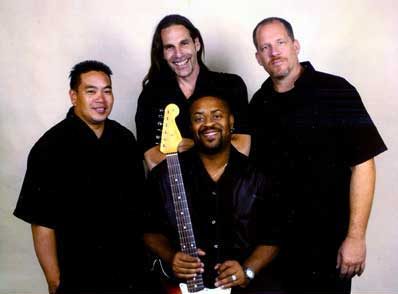 The Joint Chiefs are one of the most versatile and exciting bands currently performing on the Northern California music scene.

Since their inception in 1990, The Joint Chiefs have built a loyal following based on their live performances as well as their wide range of styles and influences.

Their sound fuses elements of Funk, Acid Jazz and Classic R&B with their own signature groove. The result is a dance party of infectious grooves.

Since members of the band were raised on 70’s Funk, the band is able to capture the real natural funk feel that all the other bands try to imitate.
After compiling a song list of some 200 songs and playing some of the Bay Area’s better known venues, the band is capable of playing everything from low volume instrumental Jazz to full blown dance crazed Funk.

While conquering the club and dinner house scene in the Bay Area, the band has also become a favorite wedding, festival and corporate party band.

The Joint Chiefs have amassed an impressive resume of performances. One listen proves this band can deliver the goods on disc as well as on stage!!