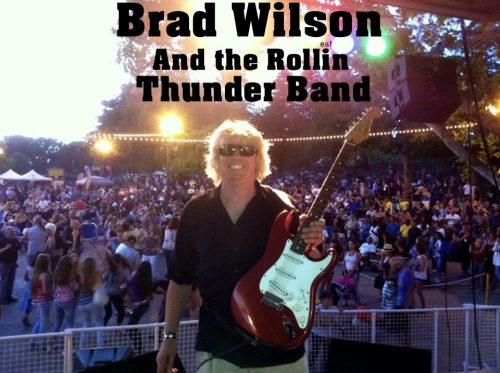 Brad Wilson has a soulful Americana sound, tapping into all his sources of inspiration. His shows are the kind of high-octane performances that have made him a standout hit at countless concerts. Considered more than a talented guitarist by his audience, Brad is an exciting entertainer.

As a rocked-up charismatic guitarist, vocalist and songwriter, Brad has become known as a smokin’ hot guitar player who can rock the house all night long with the best of them. His songwriting has a hard-charging Americana/Blues/Roots style. He can rip on lead. Brad’s live show is presented with spirit and class.

Brad will be touring in Germany, Belgium and the Netherlands in October. He is planning to return in April and May, 2020, for some additional festival and club dates.

Already a three-album charting hit maker, he scored his first US #1 movie track with the song, “Teaser” from John Carpenter’s Vampires film, a collaboration with producers The Robb Brothers. For the smash follow-up soundtrack, Brad subsequently joined forces with John Carpenter and some of Los Angeles’ hottest musicians for the music to the movie, Ghosts of Mars, starring Ice Cube.

However, it’s through his touring career and exciting live show, with his band, “Brad Wilson & The Rollin’ Thunder Band” that he’s established an identity that exists in its own right, as a guitar-star entertainer.